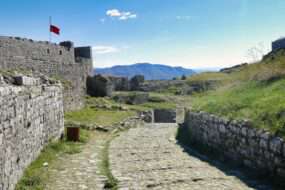 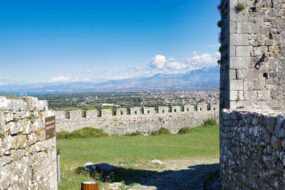 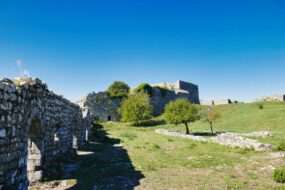 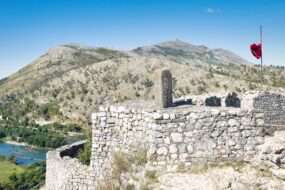 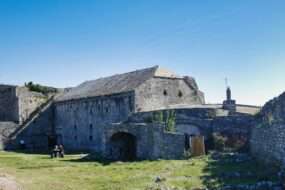 Rozafa is a fortress located south of the city of Skadar in Albania above the confluence of the rivers Bouna, Drin and Kiri on a hill with an altitude of 130m. The peak has been inhabited since 3. desk BC and a Roman city was located here. Later, in the 4th century the city was taken over by the Byzantines, who rebuilt and strengthened the walls and established a bishopric here.

The castle consists of three courtyards, separated by internal walls. The perimeter walls and defense towers are accessible in several places, and they offer an amazing view.

The internal buildings of the castle are no longer completely preserved, they did not survive numerous sieges and time has left their mark on them. The most preserved is the church of St. Stephen from the beginning of the 14th century, which was rebuilt by the Turks into a mosque with a minaret.

Entrance to the castle is charged 200 lek.

Where to find Rozafa fortress