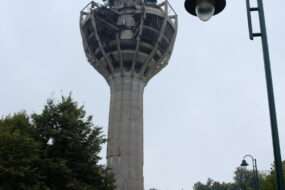 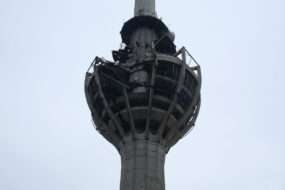 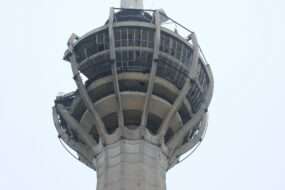 The war-damaged TV tower (transmitter) is located in Serbia on the hill Iriški Venac in the national park Fruška Gora, a few kilometers south of the city Novi Sad.

The tower was built in 1975 and was significantly damaged in 1999 during Operation Allied Force (NATO bombing of Yugoslavia). Repairing the tower to its original form would reportedly cost 11.5 million dollars. Despite its damage, it continues to serve its purpose.

The structure is 170m high and consists of a concrete tower, radio and television antenna.

The Fruška Gora National Park has a large number of hiking trails, monuments and other attractions.

Where to find The TV tower