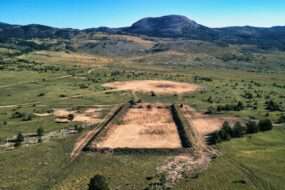 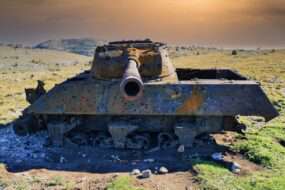 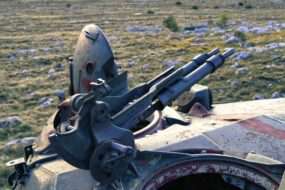 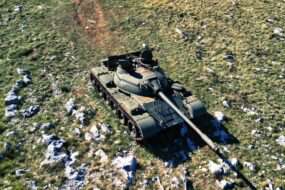 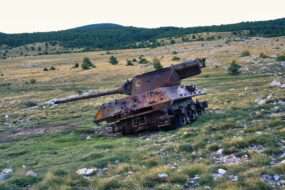 Near the city of Knin in Croatia in the Dinara Mountains there is a military training ground where 5 tanks can be seen. Tanks are used as practice targets and therefore bullet holes and remnants of practice raker can be found in them. There are three M36 Jackson tanks in place, which have been in place for a long time and basically all that’s left of them is a rusted torso. There are also two T-55 tanks nearby. One is already burned out and in worse condition, but the other is preserved and you can look inside.

There is also a military shooting range within sight of the tanks, which is still in operation. Ammo lovers can find 7.62mm rounds and pistol rounds here.

The way to the tanks and to the shooting range leads along military roads that are still used and maintained by the soldiers. However, it should be taken into account that a regular passenger car is only for the hardened, I recommend a 4×4 or at least a raised chassis. The road is fully passable for touring enduro motorcycles.

Where to find Wrecks tanks of Knin