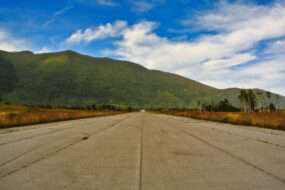 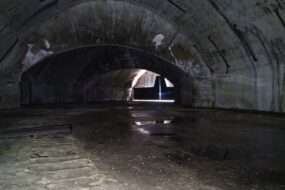 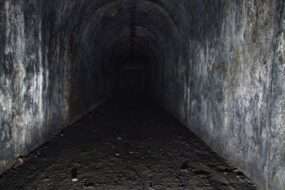 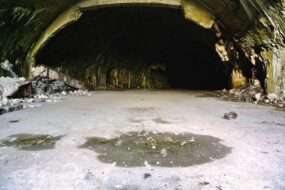 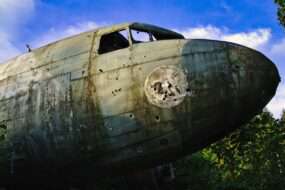 After the breakup of Yugoslavia, the state border between Croatia and Bosnia and Herzegovina passes through the airport area.

The first idea of ​​a hidden underground airport came after World War II in year 1948, when relations between Yugoslavia and the Soviet Union were relatively sharpened. The draft of what the airport project could look like was prepared by the army in 1954 and construction started in 1959. Official Yugoslav sources refer to this airport as Objekat 505 (Objekt 505).

So the airport was put into operation in year 1968, it cost 6 million dollars at the time and was inspired by the Swedish airport F9 Säve. The tunnels were 350, 400 and 500 meters long, 20 meters wide and 8 meters high. The airport also included a 30m high elevator that went to the bunker, which served as a control tower. During the digging of the tunnels, a small river appeared here, which later supplied the building with water. The system could be hermetically sealed and operated autonomously for 30 days. A 10 km long water supply was also built to supply the base near the airport. A total of four entrances led to the area. A considerable number of missile launchers and radar stations were located around the airport itself.

In the mountain, into which a total of 3.5 kilometers of tunnels were excavated, the army could hide up to 58 aircraft in a tunnel spread in the shape of the letter M, with, for example, MIG 21 > much more should have fit here. Up to 1 000 soldiers could find refuge here for one month. Mountain Plješevica alone interfered with the signal sufficiently for the plane to escape radars during takeoff.

The airport was used during the Yugoslav War, i.e. until 1991. But when the Yugoslav army was forced to withdraw due to circumstances, the soldiers planted explosives here so that the airport could no longer be used by anyone. strong>. Demolition of the airport was completed in 1992 by troops from Serbia.

Željava Airport is not under constant surveillance, therefore it attracts many urbex, military and history enthusiasts to visit. Free movement in the vegetation around the airport is not recommended, the area is not completely cleared of mines that were placed there during the war. Numerous warning signs warn about mining of the area. Due to the difficult accessibility and frequent checks by the local police, since it is a border area, a large number of original artefacts, equipment, flight logs, etc. can still be found underground.

Where to find Abandoned Željava Airport