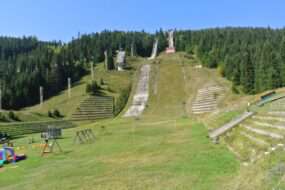 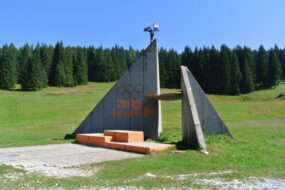 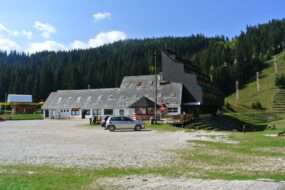 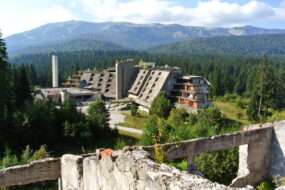 Malo Polje (Igman Olympic Jumps) is an area with ski jumps designed for ski jumping, located approximately 30 km from the center of Sarajevo in Bosnia and Herzegovina, at the foot of Igman mountains. The bridges were built for the Winter Olympic Games, which took place here on 18. February 1984, the East German jumper Jens Weißflog became the winner. During the civil war of 1992 – 1995, there was a lot of damage to the bridges here because they stopped being maintained. There are two springboards, a large and a medium one.

The construction point of the large bridge is 112 m, hill size 115 m, the bridge record of 116 m is held by the Finnish Matti Nykänen, who also won Olympic gold here.

Middle bridge
The construction point of the middle bridge is 90m, hill size 100m, the bridge record 91m is held by Matti Nykänen.

Near the ski jumps is the abandoned Igman hotel, which invites you to urbex. The distance is 5 km from the ski jumps. The hotel and surrounding buildings offer a view of the mountain peaks Bjelašnica (2067m), Kota (2056m), Velika vlahinja (2056m), Mala vlahinja (2005m).

Where to find Hotel Igman and the Olympic ski jumps