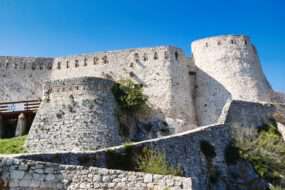 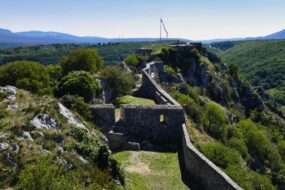 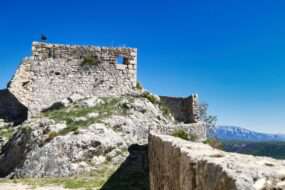 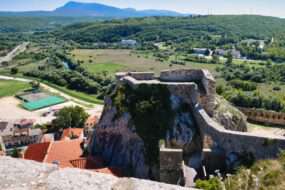 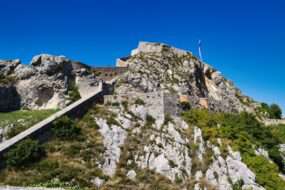 Knin Castle (Kninska tvrvada) is located on a hill near the town of Knin. It is one of the largest fortresses on Croatian territory. The construction of the fortress began already in the 9th century AD. The fortress grew to its current state in the 17th and 18th centuries. The Knin fortress also played a role in the Balkan war in the 90s, when it served as a small “concentration” camp.

The Knin Fortress is located on top of the Spas mountain, just 100 meters above the Croatian city of Knin. The fortress of Knin consists of three parts: southern, central and northern. It occupies an area of ​​more than 123,000 m2 with walls in a total length of up to 2 km. Most of the fortress is surrounded by up to three defensive walls with a large number of embrasures.

The fort also houses a civil war museum and spaces for openings.

The entrance fee is HRK 30.

Where to find Knin fortress