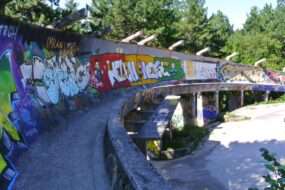 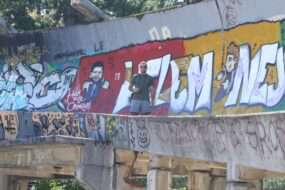 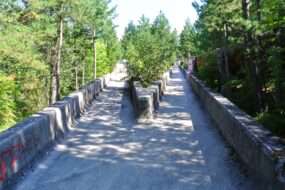 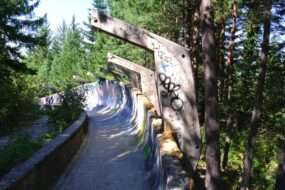 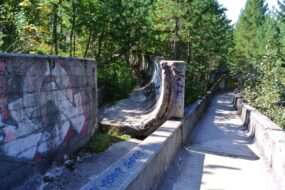 Bob track is located on Trebevič mountain, towering above Sarajevo.

Construction of the bobsleigh and toboggan run started in 1981. It was completed a year later and the cost was 8.5 million dollars. Another year later, it hosted the first major event – ​​the Bob World Championship. In 1984, the Olympic Games were held in Sarajevo, the capital of today’s Bosnia and Herzegovina. The event was big, there were 20,000 spectators in the luge sector and 30,000 spectators in the bobsleigh sector. They could thus watch the triumph of the East German crews, who took home 8 medals out of 15 awarded, 3 of which were gold. Bobsled tracks were raced until 1988. Another three years later war broke out and the bobsleigh tracks were damaged.

During the siege of Sarajevo in 1992-1996, the railway area served as an artillery base for Serbian troops who shelled the besieged Sarajevo from here. The Serbs mined the surrounding forests with a huge number of landmines, the removal of which is still going on today. The track area itself and the surrounding area is safe and serves as a popular excursion destination for locals and tourists. The newly reconstructed cable car will take you out of the city not far from the original start of the races. For a longer walk in the forest, it is not precisely because of the mine danger, however, you can walk the entire riverbed to the finish line.

Olympic Games were held here between February 9 and 18, 1984. Another major sporting event was to be held here 36 years later – the European Youth Olympic Games. In the end, they actually took place in Sarajevo, but the bobsleigh and luge races were cancelled. Even though the track is reportedly being worked on and its renovation is planned, it is still in a desolate state . Only the skeleton itself has survived, the unique switching system and cooling are destroyed. Now the concrete tracks are a paradise for sprayers, tourists and bikers who cycle through it.

Where to find Olympic bobsleigh track